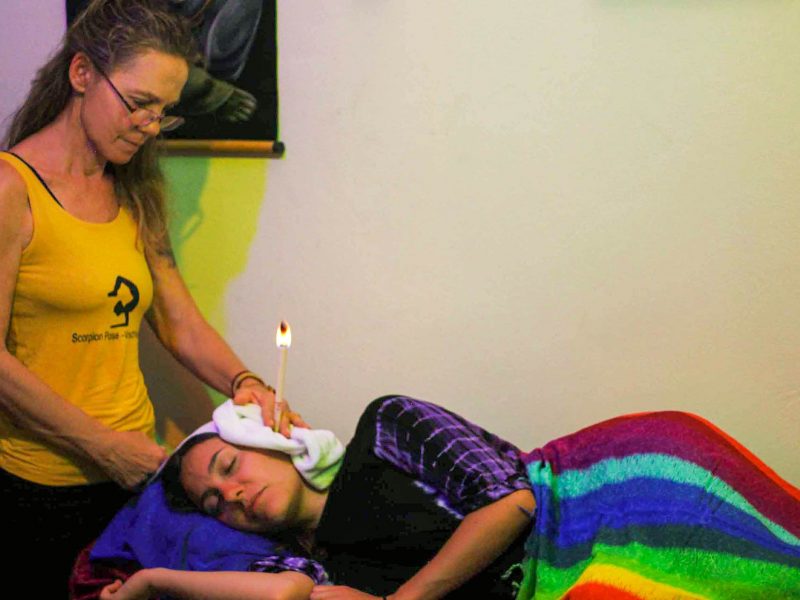 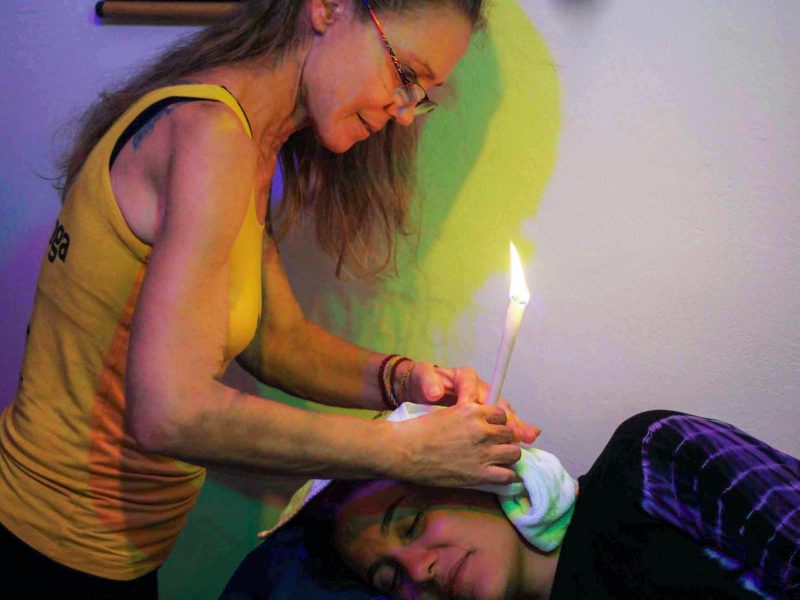 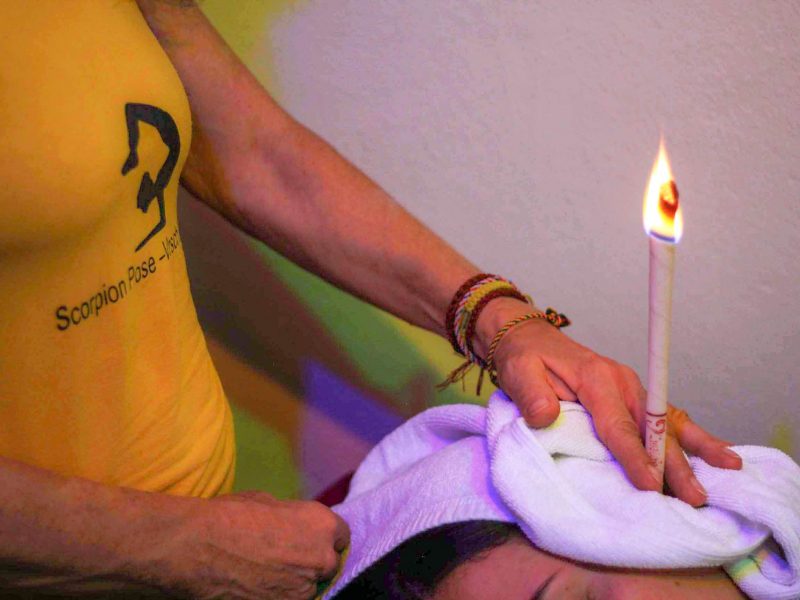 Ear candling has been used by ancient peoples of many traditions. Although ear candling can be effective for drawing out impurities and relieving pressure in the head and sinuses, its original purpose was to balance the energies of the body and to cleanse the spirit. Today, as in ancient times, ear candles are typically made with beeswax, honey and therapeutic herbs and oils.

Our ear candles are made from the highest quality material and applied with expertise and care.

Ear candling is a pain free and non-invasive way to connect more fully to yourself and cleanse the physical structure of your ear. When you arrive, your practitioner will ask you to lay down, fully dressed, on your sidewith youhead supported on a pillow so the earcanal is vertical.

The process of ear candling involves placing a specially designed hollow tube or “candle”just inside the ear canal, as far as is comfortable. The candle is then lit andthe warmed air from the flame and colder air moving through its hollow centercreates a kind of vacuum. The movement and compression between the ear canal and the candle chamber generate air flow acting like a chimney. The rising air gently massages the ear drum,helps to regulate ear pressureand removeear wax and other impurities. In addition, theburning action infuses the herbs and essential oils into a vapor, which is drawn into the auditory canalby the downward moving cool air.

The process is quite painless, and many patients report feeling nothing at all.  You may hear thecrackling and popping sound of ear candling as the candle burns and air moves through your ear. Most people are shocked to see what impurities ear candling has removed while they have been relaxing.

Who benefits from Ear Candling

Ear candling can benefit conditions affecting the head and ears such as sinus congestion, ear noises and excessive earwax. Users often describe a soothing, light sensation in the ear/head area and a general calming, relaxing effect. The cleasning benefits of ear candling also extend into the mental and spiritual realm. The burning of sacred herbs creates a vapor that can pull out mental and emotional impurities.

Ear candling is often used by people with:

After even one ear candling session, many people report an enhanced sense of smell and hearing which might take a few minutes to adjust.

Ear candling should not be done if there is any inflammation or infection in the ear and is not suitable for people who have had recent ear surgery or for those with ear grommets or tubes, perforated ear drums or allergies to any of the products in the candle.

Ear candling at Marina Yoga can be enjoyed as a single session, or as part of a holistic healing package.

Comments are used to share your experience and thoughts about this course. For questions and inquiries please use our Contact page. Cancel Reply